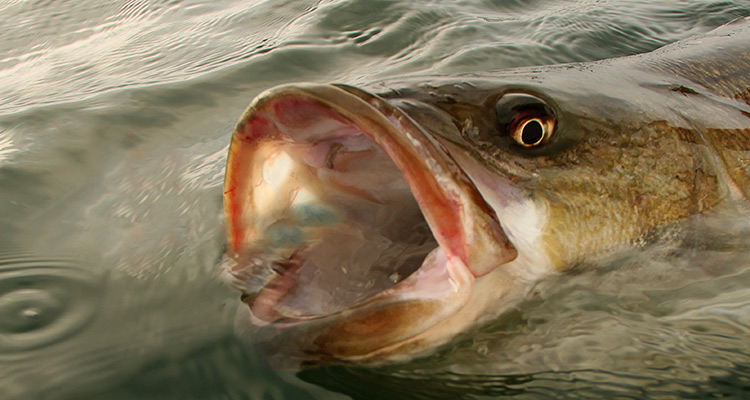 The memories I have of getting after striped bass when I was a boy are vivid. The experiences of fishing with my father and family members, starting more than five decades ago, still evoke images that are as strong as the pull from the fierce stripers we caught then. Casting for and catching these fish was, for us, more than just something exciting to do. It was an act that linked us forever with one another.

The day of fishing would actually begin the night before, on the front lawn with flashlights to find nightcrawlers. My father led my brother and me around, hunched over to catch the worms that striped bass favored. “There’s one,” Dad pointed out, and Bobby and I dove to the dirt to see who could retrieve it first. This was fun, but the thrill of this hunt was a mere prelude to the one that would follow the next day.

My father would rouse my older brother, Bob, and I at 4:30 a.m.—much earlier than we’d get up on any other Saturday—and prompt us to get going. His curt tone created a sense of urgency, and this drove us to get dressed and eat breakfast as quickly as we could. Outside, the September cold would hit us in the face that early in the day, but we knew we’d warm up later once the sun rose and the chase was underway. After we made sure our poles were aboard the Judabo on a trailer in the driveway, the three of us headed to the launch.

We always launched the 18-foot inboard from the same Tempest Knob dock in Wareham, the town where we lived. It was just a short drive away, and because we almost always caught stripers when we embarked from there to fish the waters off an estate in Marion, it was not necessary to go anywhere else. This channel area was unprotected and tidally active, which stirred up sediment. The briny brew represented nourishment for baitfish, and where there were baitfish there most likely would be bass. Stripers are strong swimmers, and the force of the currents there did nothing to dissuade their presence.

My father would back the boat down the ramp, winch her off, and Bobby and I would rope-tow Judabo the length of the pier while he parked the car. We had done this many times, to the point where we all knew who would do what, and we worked in silent understanding.

My father had a handle on all things bait and tackle, learning the equipment aspects of sport fishing over a lifetime of practice. He had on board a selection of 10- and 20-pound monofilament lines, teaser rigs, sinkers, hooks, a gaff, a net, a wooden club he’d made to knock out fish, and a vast selection of brightly colored lures he’d hand-turned on a lathe and painted in his basement workshop. The nightcrawlers, useful for bass or bottomfish, were in a bucket, and a cardboard box of chunked bait, maybe chicken liver, was at hand as well. He’d base what we’d use on factors such as time of day, weather, and surf conditions. My brother and I held no such concerns. We relied on our dad’s expertise in these areas and simply wanted to catch fish.

My father was born inland, in Taunton, Massachusetts, but bought land and built a house in Wareham because he needed the coastline immediately accessible. Professionally, he was a school administrator, a career that allowed him to pay his bills and raise a family. More importantly, the job provided enough free time for him to pursue his real passion.

He was DNA-driven to seek out and gather anything that the ocean provided. He caught striped bass, bluefish, flounder, tautog, scup, herring, and mackerel. He tuna-fished when the opportunity arose. He prowled the shorelines, gathering softshell clams, mussels, oysters, quahogs, and bay scallops. He blue-crabbed and lobstered. He was active, nearly all of his life, throughout the four seasons, taking what was there, motivated more by the hunting process than the splendid tastes of all these seafoods.

Stripers were a particular passion. Nothing roused his feral instincts more than a wild bass on the line, and he had a nose for Morone saxatilis. When the striped bass were running, they became the priority in our household. My mother would make lunches while Dad checked the boat trailer, filled the gas tank, and carefully stored everything that might be needed for the few hours we’d be out. Chores around the house got put on hold because friends and neighbors were weighing in with reports of massive schools of stripers feeding in local bays.

The joy of catching striped bass was something Bob and I had in common with Dad. I don’t know how old I was when I first reeled one in, maybe six or seven, but ever since that first time I remember him announcing, “The stripers are in, so tomorrow we’re going fishing,” I‘ve felt the same rush of emotion each time we’ve gone after them.

Stripers are, after all, a trophy fish, truly the most prized and sought-after species on the East Coast. This premier gamefish is cherished for the culinary cachet it offers—its large, firm flakes have a sweet, ocean taste—but even more so for the fierce battle it presents when hooked. They’re also held in high regard for sheer size. For kids as old as Bobby and I, it was reasonable to imagine that the fish we caught might be as big as we were. Many times, I watched the effort it took Dad to hoist fish up on his handheld scale. They were 20-pounders, some 30 and 40. We were in awe of the grayish-silver, dark-striped monsters, still fighting inside the boat, gleaming in the morning sun.

Dad knew that stripers liked to feed from dusk to dawn, so we’d head out in semi-darkness to chase after them. He knew that in the fall they’d be actively trying to build fat reserves for the winter, so they’d be willing to pursue their prey all the way to the surface of the water. It was this scenario, in fact, that presents the most vivid lifelong image I hold when I recall those days of fishing with my father and brother. With the sun beginning to show itself on the horizon, we could spot the opportunistic flocks of seagulls from a mile or two away, frenetically diving into the water to catch the small silversides being driven upward by large schools of stripers beneath.

“Hold on,” Dad would order, and we’d tuck into our seats while he yanked the throttle lever to full. The Judabo was an old wooden boat, and you could feel the blunt impact her bow made as it skipped across the top of small waves. We raced directly toward the action, and closing in, Bobby and I would slide toward the front of our seats, preparing to stand as quickly as we could. When the boat made it to edge of the melee, Dad would call out—“Now!”—thrusting the throttle off while simultaneously killing the ignition. We’d scramble to our feet and each grab a pole.

We’d be in the middle of a maelstrom, a hundred gulls screeching overhead, hovering just high enough above the violence beneath them to take aim and dive after the teeming swarms of silversides. The small baitfish didn’t stand much of a chance, under attack from all sides. Down they’d go to evade the diving gulls, then right back up to escape the stripers’ charge from below. In frenzied moments like these, the stripers might come right up out of the water to feed. The dark-blue and olive-green tops of the fish could be seen twisting and darting everywhere you looked. The water roiled and the action was furious.

Not much skill was required to catch a fish in these situations. For the few minutes the frenzy lasted, so many fish were available that you felt you’d failed if you didn’t reel one in on every cast. If there was any deftness to it at all, in fact, it was to ensure your casts were modest enough in distance so you could unhook a caught fish and get your line back in the water in the shortest possible time.

Often there’d be other boats nearby, the men and women on board doing the same thing we were doing. During this mad dance between bird, fish, men, and their vessels I’ve seen fishermen hook fellow fishermen, fishermen make casts that landed in other boats, and fishermen hook seagulls. This was a lollapalooza where multiple species came into closer proximity than nature intended, but none seemed to much care. We all went about doing what we were compelled to do.

Dad would usually take one bass home from our fishing trips. We kids didn’t like the taste of fish, and one legal keeper would feed Mom and him over several meals. They’d bake, broil, or grill it, declaring each of these culinary efforts “absolutely delicious.” We often surpassed the one-fish goal, making cast after cast, reeling in one after another, but we’d cull them on board and keep only the biggest. The rest were released into the ocean for another day.

Getting a bass on the line is what Bobby and I were always after. The sudden strike, all teeth and tail and dorsal fin, causing a rush of adrenaline. The tip of the pole arcing down to the water. The powerful, thrilling tug of war that takes place for moments or minutes. Dad barking encouragement as we hold the pole with everything we can muster and fight with the reel that just does not seem to want to wind. The angry fish getting close to the boat, where Dad leans over with net in hand and…yes! Dad would remove the hook from its lips, look at it with admiration, and say, “That could be the one.” We did this for hours, sublimely unaware of everything but the thrill of the chase and the act of catching a massive striped bass.

Years later, I had a son of my own, and one day, without having planned or thought much about it, I announced to Justin that we were going fishing. Was I genetically predisposed to do this? I didn’t have a boat, but I had inherited an array of reels and poles from my father so we headed for the beach. That day, we made cast after cast with no fish to show for our efforts. But, we had a good time and I was happy to hear that he wanted to go again. I hoped he would learn to love it as I did.

My wife and I had two more children and, each in their own way, they’ve found a connection to the sea. They swim, surf, shellfish, waterski, kayak, and fish. To them, the nearby ocean holds many allures. I believe we did a good job as parents, at least so far as leading them to these opportunities. Then again, they probably would have found them on their own due to something inherent in their DNA.

There’s a pair of pictures in my living room. One is of me, when I was a young boy, holding a large fish by the tail and grinning widely. The other is of Justin, my son, when he was about the same age, holding the first striper he ever caught. He’s grinning madly, showing the same proud, toothy smile as I did in that grainy photo some 50 years removed. I think he’s inherited from me the nose for stripers I got from my dad.