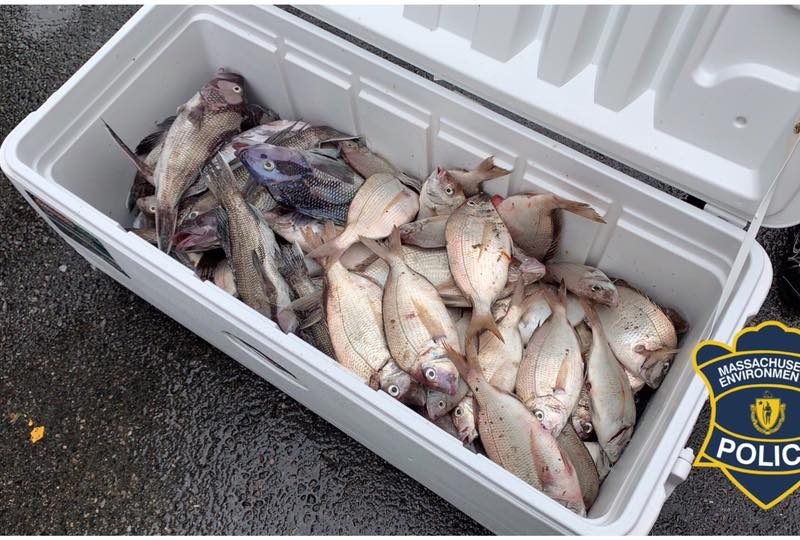 Another poaching bust by Massachusetts Environmental Police, this time nabbing a charter boat in Fairhaven, Massachusetts.

Violations can also be reported online at http://bit.ly/MEPReport.

On the afternoon of Tuesday, June 25, 2019, Massachusetts Environmental Police Officers were on patrol in the area of the West Island Marina in Fairhaven when they observed five passengers disembark from a locally run charter boat. An inspection of the passenger catch revealed they were in possession of 32 black sea bass over the legal limit, 8 of which were undersized, and 74 scup over the legal limit.

All five passengers, each from out of state, received citations with monetary fines. The Captain of the charter vessel was criminally summonsed for the violations. The catch was seized and subsequently donated to the New Bedford Salvation Army.

Black sea bass are limited to 5 fish per angler, a minimum of 15 inches.