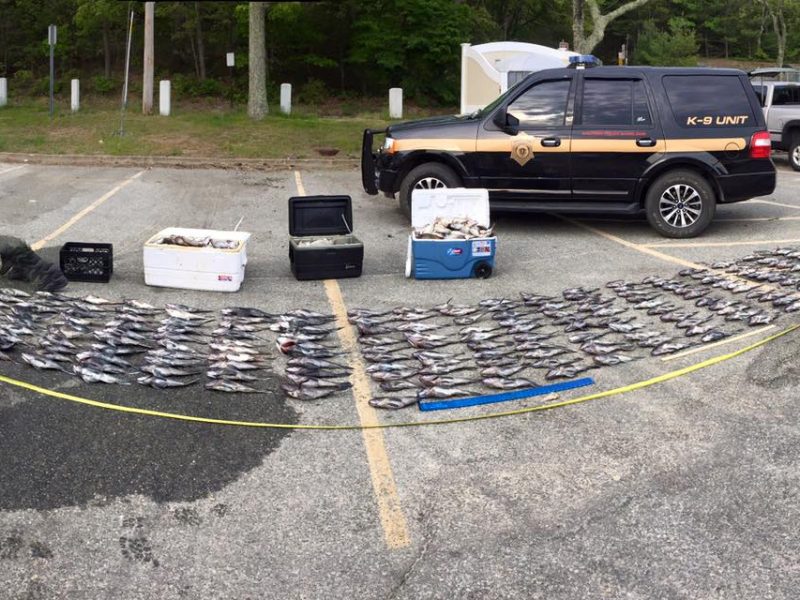 According to the Wareham Harbor Department’s Facebook page, Officer McIntosh of the Wareham Harbormaster Department was checking vessels at the Tempest Knob Boat Ramp on Sunday, May 29 when he observed a vessel that he believed to be exceeding the legal limit of black sea bass. The Massachusetts Environmental Police were immediately notified of the observation and responded to the scene. Upon investigation of the catch the vessel was determined to be in possession of 209 illegal black sea bass. According to the Facebook post, the offending parties were charged and the sea bass as well as the vessel, trailer and fishing gear were seized, the fish were sold and the proceeds will go through the civil process.

The Cape Cod Times reported that police found 219 sea bass aboard the boat, 122 of which were undersized. (The legal possession for the vessel would have been 10 sea bass.)
The owner of the boat faces charges of commercial fishing during a closed season, over the limit of sea bass, possession of undersized sea bass, and fishing without a saltwater recreational fishing license.

Earlier in the month, Massachusetts Environmental Police arrested a poacher in Mattapoisett for possessing 153 sea bass prior to the season opening. 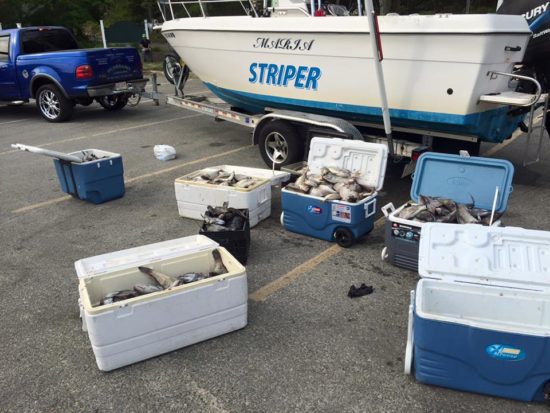