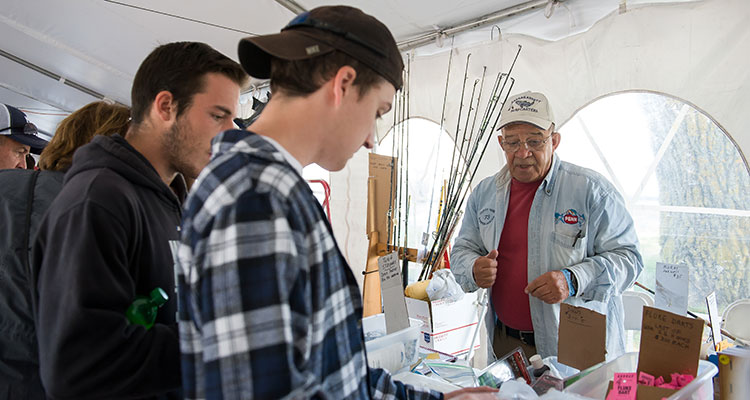 When I was a youngster, every year, usually much earlier than the December 21 date marking the first day of winter, my anxiety about Christmas would set in.

Now, you might find it difficult to comprehend why a young boy would worry about the special holiday when Santa comes to your home and delivers all the presents on your list. In my case, Christmas was always about a poverty of riches.

I learned at a very early age that if I kept my expectations low, the disappointment wouldn’t be quite so devastating. Even the Christmas seasons when Dad was still living were difficult because he was the only one working while Mom was at home with three small children. According to today’s standards, we were living below the poverty level; however, today’s poverty levels include at least one automobile, televisions, and mobile phones. Back then, we didn’t own a car, and I never owned a bicycle until I bought one after my first year of college. Despite that portrayal, I never thought we were “poor,” just a little needy.

Over the years, I have written numerous stories about my Christmas experiences, both the good ones and the others that were somewhat disappointing. One thing that stands out was how envious I was of my friends and fellow students who not only made out Christmas wish lists but actually received most of the items they asked for.

As I matured, I realized my mindset was contrary to the teachings of those sainted nuns who preached the gospel of humility, poverty, and “thou shalt not covet thy neighbor’s goods.” But, oh, did I covet. Later in life, I realized those experiences made me much stronger and much more understanding, but at the time I would have sold my soul for a new fishing rod, a Daisy BB gun, or the bike I never got to own or ride.

Since those early years, I have enjoyed a modicum of success, and through the aging process I have learned that we get what we work for and, whenever possible, should share our wealth with others less fortunate. In many of those Christmas tales I wrote about, some person or group of people came through, considering me worthy of some reward, special treatment, or assistance because of their dealings with me. To this very day, I have never forgotten them or their deeds, and I can only hope they realized how much their kindness and generosity meant to me.

On a windy fall day, I was at my table at On The Water’s StriperFest, speaking with many of the thousands of fishermen in attendance from all over New England and as far away as Delaware Bay. The one thing that amazed and heartened me was the number of families and children in attendance. The old-timers used to remind me that I had an obligation to instruct other youngsters in all I had been taught along the waterfront so that there would be more than a bunch of crippled old men fading into the sunset without anyone to take their places and carry on their traditions.

Every year, a grandfather and his discerning grandson visit me at StriperFest and we discuss old lures, methods, and boats. The boy is an enthusiastic fisherman, and this year showed me photos of a discarded skiff he’d brought back to life. An hour or so later, a young lady and her father stopped by for a visit. I remembered her from previous shows because I’m always gratified when a young woman takes an interest in our sport. She shared a recollection from one of the seminars I conducted for her dad’s fishing club and how I began by admonishing them because only she and one young boy were present. Recalling the dictates of my old mentors, I had voiced my concerns to the aging membership that in 10 or 15 years, without the infusion of new blood in the form of youngsters, there might not be a fishing club. She smiled and reported that at the next meeting, a grandfather brought his two grandsons and in total there were several more children in attendance.

The young lady is from a fairly affluent family, so her father had given her a copy of one of my Christmas stories to learn how less fortunate children lived. She said at first she felt guilty, but has since come to understand that life is about much more than possessions. She then asked me a familiar question: “What was your favorite childhood Christmas?” I’ve been able to dodge that query for decades, but this woman was sincere in her inquiry, so I gave it some serious thought and told her it had to be the last Christmas with my father, when he made yet another of his customary sacrifices.

I was raised by loving and generous parents, and educated by devoted nuns who taught me to be kind, charitable, and respectful of others, but in the spirit of full disclosure, I did make a few exceptions. Anyone who attended school is aware that some of the most hurtful transgressions against children are inflicted by other children, and in the time and place where I grew up, there was no shortage of adolescent cruelty.

One afternoon, I was working the east shore of the Taunton River, scratching a few clams and picking up some crabs for tautog bait when two older boys walked up to me. They were wearing identical Ball Band high-top rubber boots, and one of them asked, “Hey, kid, where did you get those old galoshes?” For those of you unfamiliar with that term, galoshes were black accordion-type boots that were worn over shoes. They were secured with black metal clasps that were never intended to taste saltwater. I had never seen any clam-digger or waterman wearing them, but with newspaper stuffed in the toes, I could slip my foot into them and prevent my “after school” sneakers from getting wet and muddy. The clasps on my boots were rusty and largely inoperable. The older boy, who lived nearby and was three grades ahead of me, taunted, “Hey, clam man, don’t your father work in a shoe store? Get some real boots!” They snickered at my plight and went away laughing, but leaving me with a heavy heart.

It was getting dark, but rather than take the stairs directly to my home, I climbed the hill alongside the bridge to the main street, which would take me past Girard’s Shoe Store, where the most beautiful pair of Converse rubber boots were featured in the display window. From late summer into early fall, it was the high-top leather boots with the pocket knife case sewn into the side that garnered my favor, but they were way above my pay grade and I knew that the saltwater would stain and eventually ruin that soft black leather. Rubber boots would be much more practical for treks along the shore and in the woods, but even filled with the optimism of youth, I knew my feet would never find themselves inside those boots.

Every single dollar of my dad’s pay was spoken for, and it was what my mom earned cooking, sewing, and minding the children of working mothers that provided any extras. I overheard my parents talking one evening about allotting a few dollars for toys for my younger siblings and some school clothes for me, hoping one of our more prosperous relatives might provide me with a gift.

I never mentioned the boots to Dad, but Mom and I often walked by the shoe store on the way to the market and she knew how much I wanted those boots, or any outdoor boots for that matter. Mom told me my father was embarrassed that I wore his old galoshes, but he also knew how much fishing and working along the shore meant to me, so he swallowed his pride.

During the next two weeks before Christmas, I put the boots out of my mind, making it a point to avoid walking by Girard’s so as not to create any false hope. During that time, I worked hard running errands and doing odd jobs for the old-timers at the yacht club, earning enough to buy my mom and my siblings some of their favorite candy, plus one of my dad’s rare holiday-afternoon Garcia Vega cigars. I awoke that Christmas morning with a sincere appreciation for being a member of such a loving family, and was delighted to see my brother and sister so excited.

I had no delusions or lofty expectations, but there was a tall, neatly wrapped box under the tree with my name on it. I ignored it while the others opened their gifts. Dad nodded for me to open the box, but I hesitated. It was big enough for a pair of boots, but I didn’t dare to hope. The wrapping came off slowly and cautiously as my parents and siblings watched my trembling hands open the box containing the most beautiful pair of green high-top rubber boots I had ever seen. I specifically recall putting the box down without removing the boots and walking to my parents and embracing them, all three of us breaking into tears. My little brother, unaware of what had transpired, asked why we were so sad on such a happy occasion. My parents then explained the difference between tears of sorrow and tears of joy.

Those vivid memories of my unselfish parents, who gave their all to their children and took so little for themselves, have never been lost on me. However, I would hazard a guess that if you gave a child a pair of boots on Christmas morning you might not get a similar response.

All that day, I wore my boots over a new pair of Wigwam red and gray hunting socks that had been stuffed inside them. A few days later, I was walking up the hill to the diner with an order from the old-timers when I ran into two neighborhood kids riding their brand-new bikes.

“Hey, Charley, what did you get for Christmas?”

I proudly pointed to my new boots, to which one responded that boots were clothes and didn’t count as a Christmas present. I smiled and walked away, knowing in my heart that, right then, I would not have taken both of those bikes in trade for the green boots.

I once believed the green boots were the most important Christmas gift I ever received, but over the years I’ve learned it wasn’t the boots—it was being blessed with parents who set an extraordinary example for their children. May the holidays and the coming season bring you good health and a generous disposition. Merry Christmas.