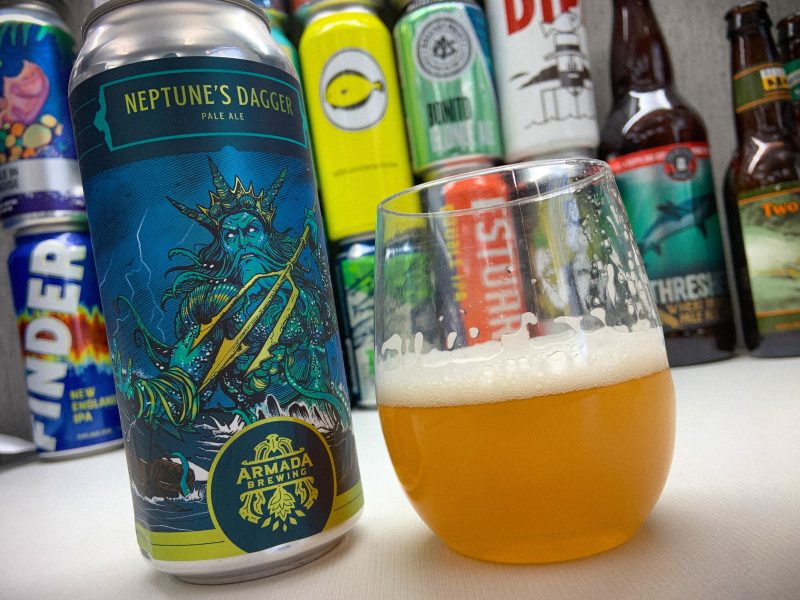 First off, I’ll admit that this just barely qualifies as a fishy beer. There is no actual image of a fish, but there is a bad-ass image of King Neptune, trident in hand, eyes of a White Walker, ready to do battle with a giant squid that’s attacking a wooden ship. Awesome…

The artwork and design on this can is downright amazing, and was apparently inspired by testosterone. It screams “I’m going to go out and kill a big fish and eat it like a Viking down to the bones.”

But as an art critic, I would propose the graphic is a bit deceptive. I think it would be more appropriate for a hefty stout, or even a malt liquor, than it is for a pale ale. But whatever.

The can states that this beer is “Mellow, tropical, fruity.”

Nailed it. For some reason I had low expectation, but this brew was delicious. Light, fresh, refreshing, it had me wishing I had another one. I am going to return to the liquor store where I found it, and load up.

Our distinguished OTW beer-tasting critics awarded this brew a whopping 9.3 points on a scale to ten, our highest rated beer to date. Cheers!

“I’m getting that artwork tattooed on my back.”