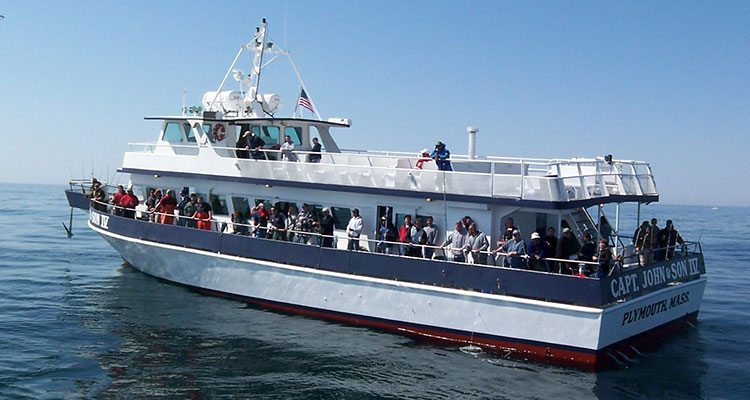 I was introduced to head boat fishing by my dad (who regularly plays the role of Fisherman #5) in the early 1990s, and ever since, party boat trips have been the highlights of my fishing seasons. From anteing up the pool money to trying to sneak in a few extra seconds in the water after the captain says it’s time to go, I love every aspect of party boat fishing—especially the people.

Any given party boat trip has an incredible cross-section of anglers, from first-timers who’ve never been fishing to regulars who practically live on the boat. If you find yourself on a party boat in 2016, these are the five guys you’ll meet.

He means well, he really does, but Sir Tangle-Lots just didn’t get the memo that if he uses a 6-ounce sinker while everyone else is using a 12, he’s going to spend more time picking through a web of lines than he does fishing.

With dozens of anglers standing shoulder to shoulder to shoulder and dropping baits 50, 100 or even 200 feet down, it’s remarkable that any rigs make it to the surface untangled. Even the most seasoned anglers end up “weaving a basket” from time to time, but there always seems to be one angler at the center of every rat’s nest. If you find yourself next to Sir Tangle-Lots, wish him well, and move to the other side of the boat. If that’s not an option, be thankful that party boat mates are well practiced in untangling the untangle-able.

At first, you might mistake him as one of the crew. The Frequent Flier is friendly with the captain, the mates, and many of the other anglers on board. Multiple pictures of him holding big fish are thumb-tacked to the cork boards inside the cabin. He’ll usually stake out a spot at the bow or the stern, and his tackle is of the finest kind. On many trips, he’ll be in contention for the pool money, but don’t be surprised if he loses out to Angler #3.

3. The First-Timer Who Wins the Pool

Beginner’s luck plays a huge role while party boat fishing. I can’t tell you how many times I’ve seen a novice angler put up a pool-winning fluke or sea bass in the final minutes of a trip. On my first deep-drop trip, I was the beneficiary of beginner’s luck, landing the pool-winning wreckfish despite having too little line and too light an outfit. For me, this has always been part of the charm of party boat fishing—once the captain puts the boat over the fish, anyone on board has a chance to hook the big one.

Whether it’s a nighttime bluefish trip departing at 7 p.m. or a morning fluke trip departing at 8 a.m., the Party Animal cracks his first beer before the boat leaves. He’s a great guy to hang with on the ride out, but he may not be the best person to sidle up to at the rail (See #1). In some extreme cases, he may also play the role of the next party boat angler.

5. The Guy Who Never Leaves the Cabin

Whether its seasickness or the result of downing his first beer at dawn, there is bound to be at least one fisherman on every trip who never leaves the cabin. You’ll find him sprawled out on one of the benches, looking green, a hat over his face. He may muster the strength to drop a line down at some point in the trip, but don’t be surprised if after a few moments, he’s leaning over the rail, adding his breakfast to the chum slick.