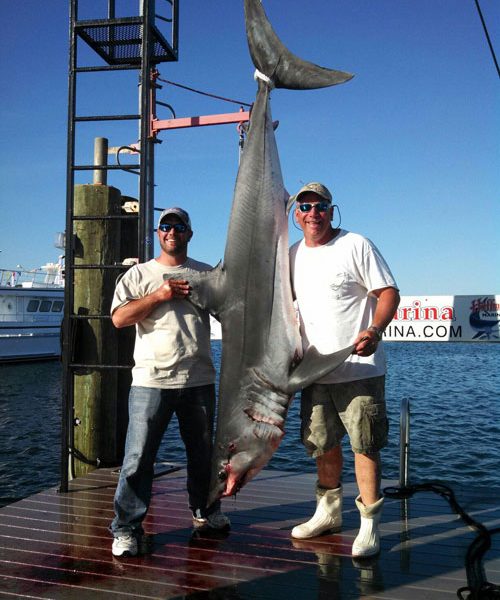 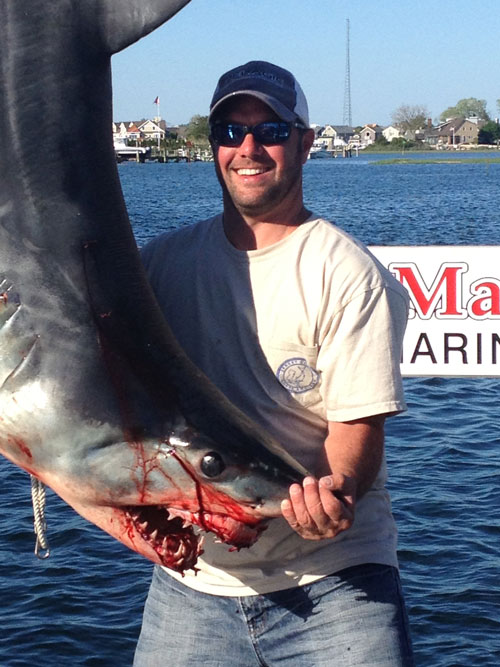 Tom Rostron of Wall, New Jersey was pre-fishing for an upcoming shark tournament when he and fishing partner, Clint Simek of Brielle, got the surprise of their life.

“We were fishing all day, and not really expecting much, because it was still early. We caught probably 13 blue sharks and then in the afternoon we saw a mako swim into our slick”

The fish ignored all the baits Rostron and Simek had set near the surface, but when Rostron began reeling up the deep bait, he felt the shark hit. The fish immediately charged the boat when it felt the hook.

“The first time it jumped, it was about 65 feet away,” Rostron said. “The second jump was 45 feet away.”

By the time the mako jumped a fourth time, it was close enough to the boat that it drenched Simek and Rostron upon its re-entry. Then the shark swam under the boat and back-flipped right onto the bow.

“I was looking through the windshield and saw the shark’s tail fly past. I didn’t immediately realize just how close it was.”

The 8 ½-foot shark landed on the gunwale of the 31-foot Ocean Master and flipped right into the boat and went berserk.

“It was breaking brooms, brushes, boat hooks. It bit into the fiberglass. We just had to stay clear of it at first.”

The two were eventually able to subdue the shark by putting two tailropes on it and sinking a flying gaff into its gills.

“We were thirty-five to forty-five miles out of Manasquan, and during the whole two hour ride back, the shark was still alive.”

The high-flying mako eventually expired by the time it was weighed at Hoffman’s Marina in Brielle, where it pulled the scales down to 303 pounds.

“It was scary, fun and exciting all at once,” Rostron said, “I’ll never forget it.” 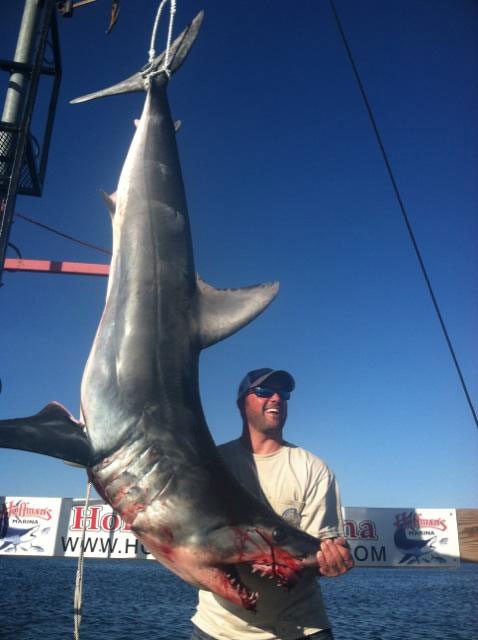 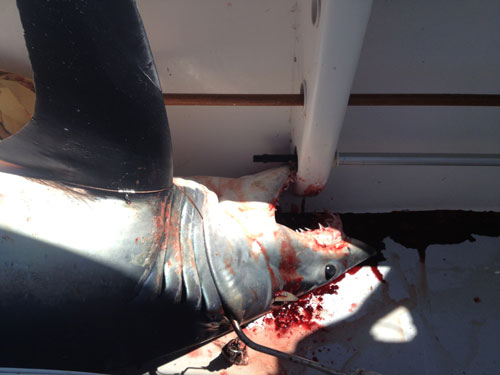 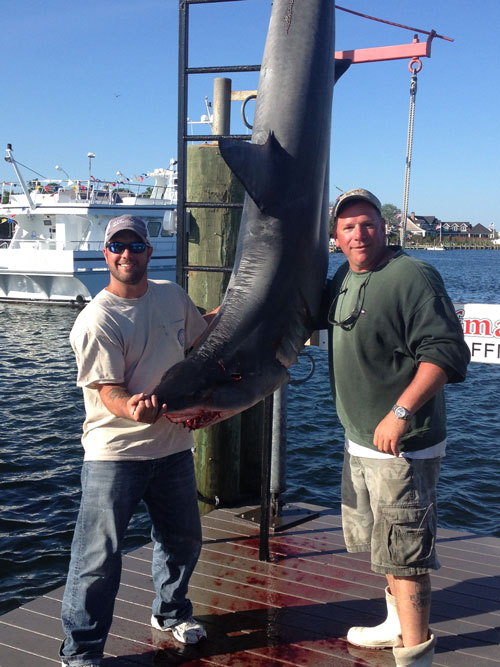